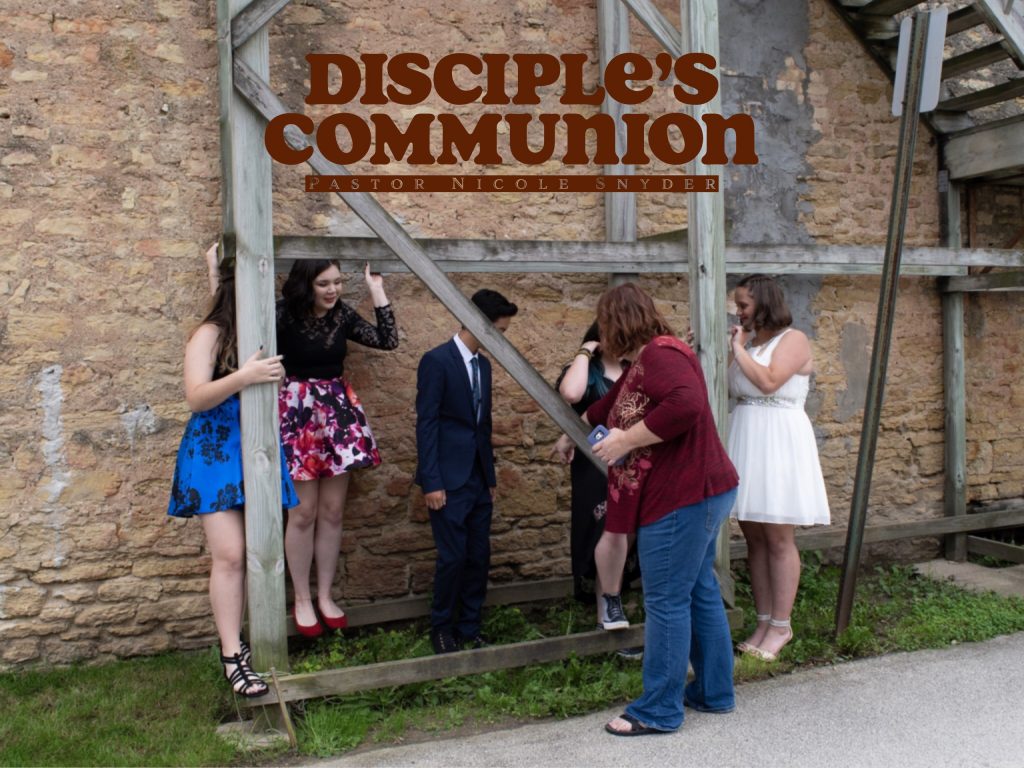 When Howie and I were first dating, one of our first topics of debate was the usual sort that newly besotted couples participate in: our theological stance on eternal salvation. Now his form tradition was steeped in a Wesleyan-esque theology while mine was informed by a more Calvinist approach. And as we fou.. uh, debated the issue, the first thing we each said to the other was: How, then, can you believe in Grace?

Well, our growing love for each other prevailed. We continued to argue it out, and came to the conclusion that we were, in essence, saying the same thing.

After more study and seminary degrees, exploring the reforming theologians themselves, it became increasingly clear that even their perspectives shifted and accumulated nuance throughout their lives.

World Communion Sunday was initiated by a Presbyterian minister in 1936 and ratified across denominations by 1940 – during a time of war. The upheaval so great, yet the desire to be unified in faith and love was far greater. It may seem we currently occupy a time of a fair degree of upheaval. Since this is true (because when is it really untrue from our perspective, right?), unity is so important for those who believe God IS and Jesus is who he says he is.

When something is not right between us or between us and God, we are not at peace and begin to make bad decisions in other areas of our lives. It feels yucky. And things can seem stale, ungrowing – choked and withering. We cannot always please everyone, and there will always be people who will act against us for reasons we might never understand. So insofar as we are able, unity is crucial to our personal – and communal – well-being.