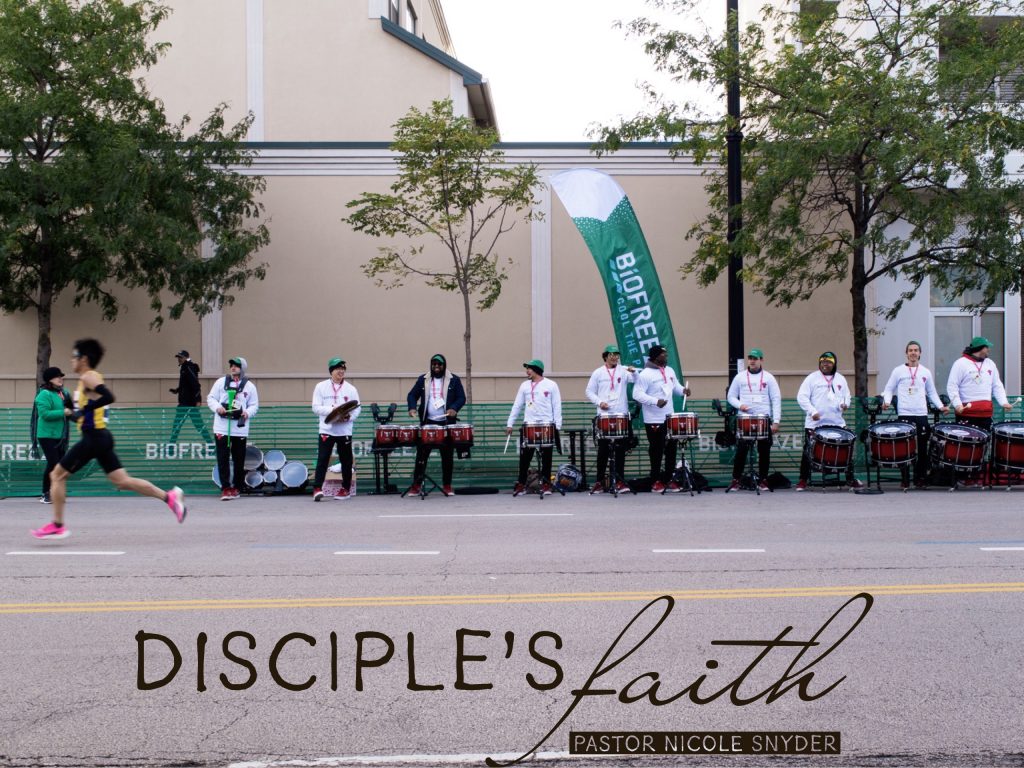 You may have heard that my husband, Howie, ran the Chicago marathon last Sunday. He did really well for his first time ever. He ran with a World Vision team raising money to bring clean water to those around the world without it. He followed a strict training schedule – running and diet – gradually increasing in miles, doing the most difficult runs as a group each Saturday morning in order to encourage each other and build camaraderie.

The week before the marathon, they were instructed to decrease the number of miles run each day until, two days before, they were to run only 2 miles, and none, the day immediately before the race. It felt counterintuitive to him. He said he almost felt mushy and was tempted to throw in a few more miles just to be sure. But he didn’t. Had faith that the thousands upon thousands of those who went before him on this training journey to run a marathon knew what they were talking about.

Howie adopted a disciple’s faith, the belief and hope that those who’ve run a marathon before – who were discipling him, guiding him, running alongside him – knew what they were talking about, and to trust the process.

He started off strong, a trajectory that had the potential for qualifying him for the Boston marathon. Until around the 15-mile marker… he hit the proverbial wall. His muscles seized and groaned, his feet burned, his body scream, “please, stop!” but, he pushed through. He ran the entire course, and really, it was still a very good run. But, he did not run like he had hoped. For a short minute, he felt like he failed.

We all fail. And we fail often. But the majority of times it is only a failure because we set a standard that nobody else had for us. Sometimes it is someone else’s standard – but on whose authority is that standard set?