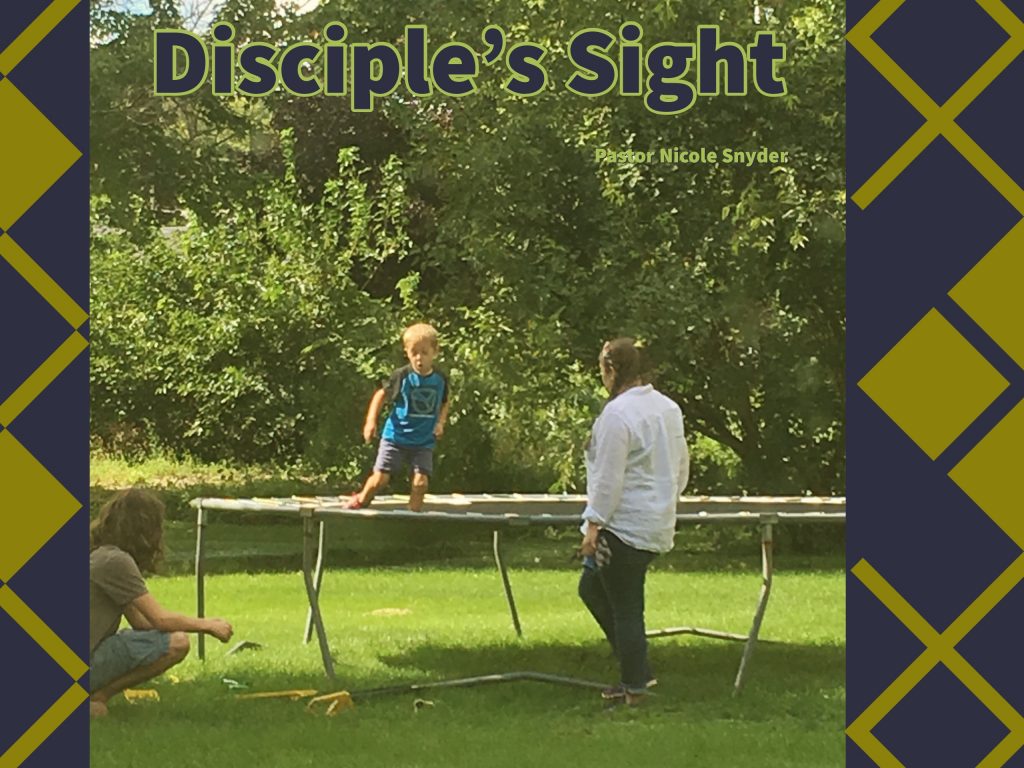 Howie’s church, the Rockton UMC building, is falling apart. The wall that once supported the now missing balcony has been leaning increasingly off –plumb. A couple of pillars are crumbling and a number of other points in the ceiling are sagging. Contractors all agree this winter’s snow might be the proverbial straw that will bring the entire south side of the sanctuary toppling in on itself.

They’ve had all the requisite emergency meetings, looked for alternative worship spaces, calculated the variety of ways they can address the quite aged building.

And people are all over the map in their responses, as you might imagine. Some are the grandchildren or great-grandchildren of the original occupiers of those pews; many were baptized, married, and mourned the loss of a loved one in this sacred space. So they want to do all they can to preserve the building.

Others who are more recent additions to the faith community, or who have similar histories as the former, but aren’t as attached to the structure itself, want to imagine other ways to create a safe space in which to worship.

Whatever the case, they will be displaced for a time (and several area churches, some even of vastly different theologies, have graciously offered their spaces), and all of it will incur significant costs. The greatest of which would be the option to scaffold the outside and bolster the wall of the sanctuary, leaving aside the other renovations that also need addressing.

Feelings on this matter are very strong. “We’ll lose worship attenders,” many are saying. Others lament the loss of tithes, offerings, and speculate about the future of their church community. And to find a consensus seems an impossible task. It is, of course, impossible without listening to each other’s perspectives.

We will all only maintain our own perspective, our own sight, if we do not listen: immovable as a church building crumbling all around us.