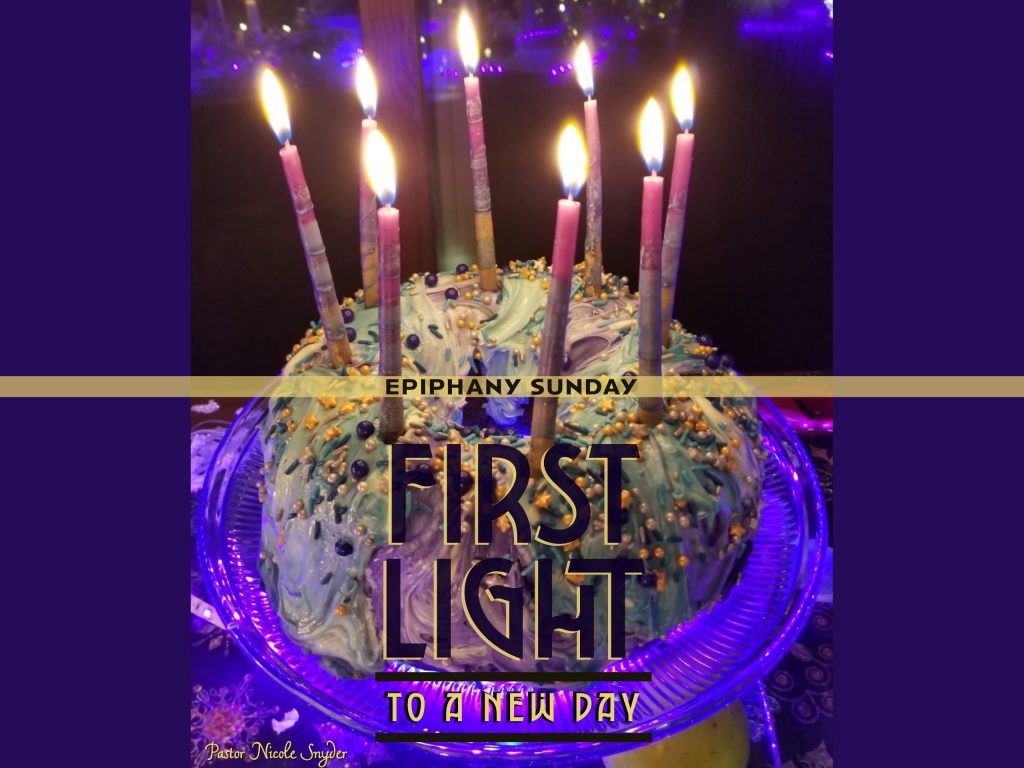 First Light to a New Day

The word, Epiphany, means “to manifest,” “illumination,” or “a revelation.” For the Christian church, it represents the revelation of God to unlikely people in unlikely places. The term sounds very High-Church, or perhaps just out of reach, but it is precisely it’s accessibility to everyone that marks the substance and meaning of Epiphany for us.

The interesting thing, and what makes it so full – living even – is to see how other cultures celebrate and mark this 12th day of Christmas, the Feast of Epiphany.

According to one article,

“It is considered unlucky in Ireland to take down the Christmas tree and decorations before the twelfth day of Christmas, a custom which is still recognised and practised by many. While the rest of the decorations were taken down and put away for another year, the holly was traditionally retained for Shrove Tuesday, when it would be used in the fire for cooking the pancakes on that day…

Between the Night and First Light
Just, Pleased With Me
Close Cart
Subscribe