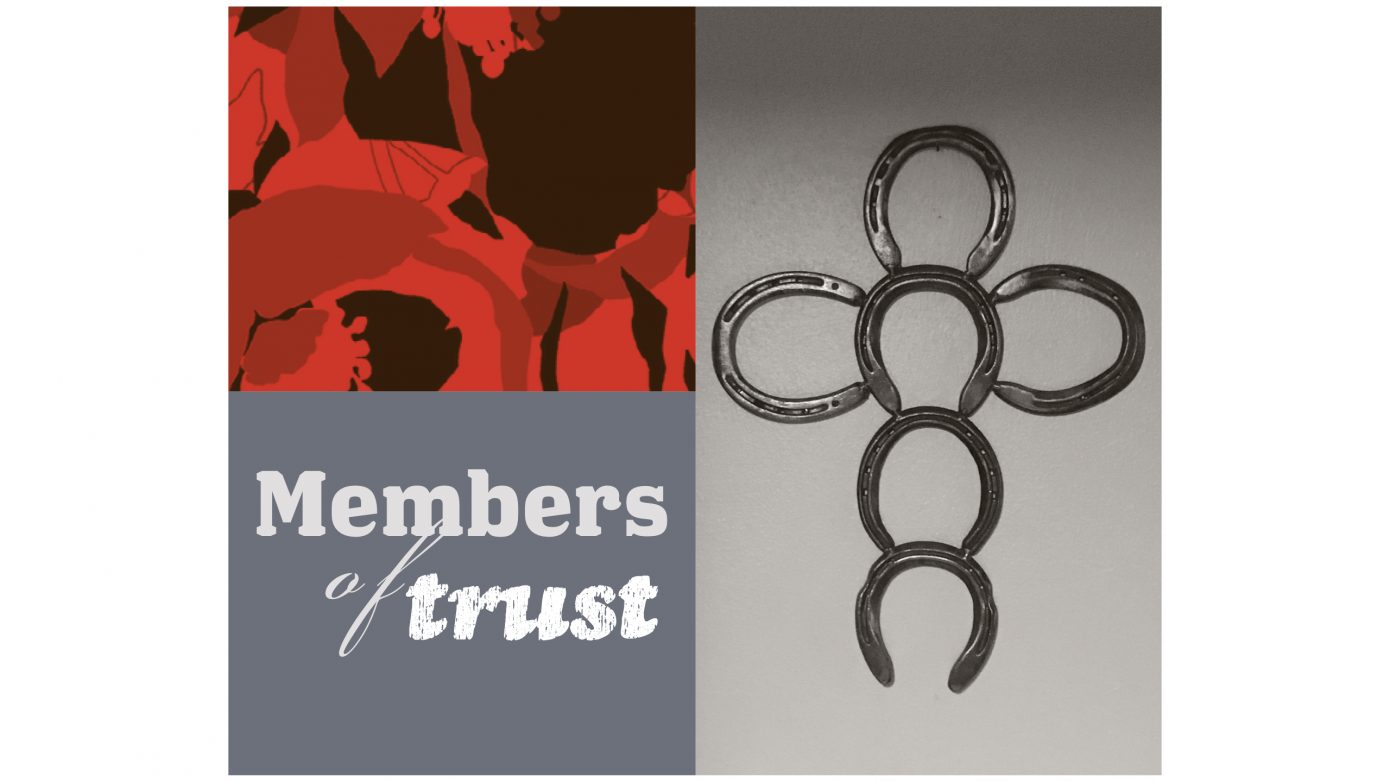 #tbh, is a social media tag that stands for, “to be honest,” to share an opinion. Teens began using it to say something nice about their friends, or a way of talking to others whom they don’t know well, or to exchange complements and “likes.” “#tbh you’re pretty,” etc. Or, “to be heard” to show an opinion was heard. It’s no longer a trend, but it’s usually a false generosity intended to illicit an in-kind response. An I’ll-promote-your-post-if-you-say-something-nice-about-me. “You’re pretty,” “you’re nice,” “your outfit is en pointe.”
Ahaz tagged his response to Isaiah #tbh when he said, “I’ll not ask God anything because I won’t put God to the test.” It was a false humility, and it revealed his fear – and, ultimately, his profound lack of trust in the God of Israel.
So God told Ahaz through Isaiah that all whom he feared will be irrelevant in the end, but Ahaz will not experience that peace because he didn’t really trust God anyway.
Conversely, Joseph, Matthew tells us, was a righteous person. When he found out that the young woman to whom he was betrothed was now pregnant – when they hadn’t yet the opportunity to consummate – he was respectful, desiring to treat Mary with regard and break up with her in private.
But when the angel of God met with him and told him who the baby growing in Mary’s belly actually is – the one that had been promised to the people of Israel for eons – Joseph trusted God. At the risk of humiliation before his peers, and the possibility of punishment for Mary, Joseph remained faithful to the covenant he began with Mary.
It was easier to believe this angel’s message because the promise of a messiah and the manner in which this messiah will come wasn’t made just to him. The promise was to the community, to the nation that God called to God’s self thousands of years earlier. It was repeated in their rituals, read to their children, and their children’s children. It was a collective trust the people of Israel maintained together. So when some lacked faith, others had faith for them.
We trust because we witness the life of Jesus, the one through whom all things were created and in whom the God who Created all things is pleased to dwell – the witness of the life of Jesus in each other. My father who believed that time-space in which he would see Jesus face-to-face, and his trust imprinted my 11-year-old soul. Y’all live out that trust in community, a membership covenant, a commitment to encourage each other in that faith through your prayers, your presence, your gifts, your service, and your witness, so that together we may grow stronger in expressing God’s love for all creation.
We trust, because together, we are members of Trust 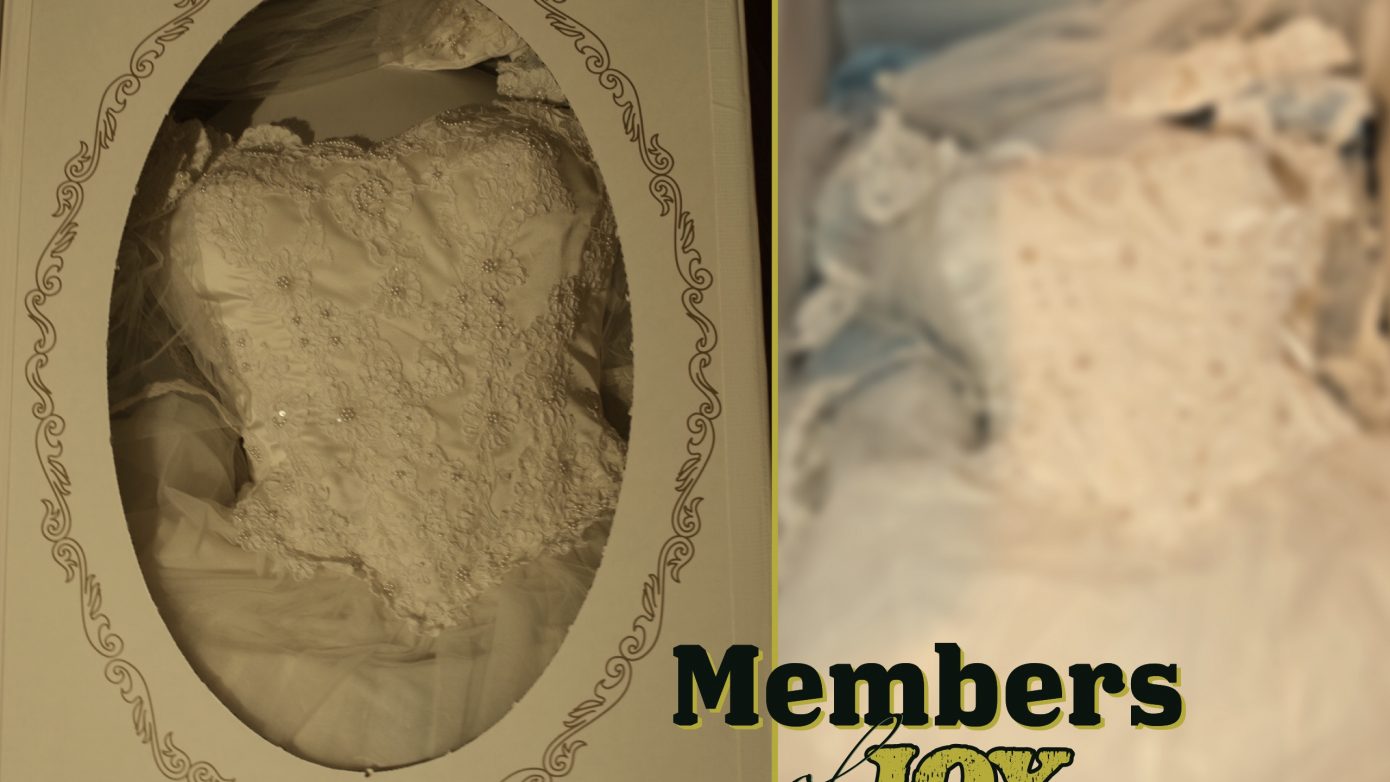 Joy is an orientation, a disposition of awe and wonder.
The joy foretold by Isaiah is not necessarily a conjuring of an elated feeling, mustering excitement about life when nothing in life seems to be going right, worth celebrating. The joy foretold by Isaiah is that those who did not have full use of their body – can now see, jump up and down, sing…. All will be made right.
There will be joy because not even fools will make unhealthy, unproductive choices; and we will sing together – and everyone will be happy about the music choices!
Jesus is why these things are being made right, even now. And because we are already made right with God, we are empowered to, and deployed to be a part of this right-making.
The justice described in Isaiah happens because of reconciled relationships. In James, we know joy when we stop grumbling and judging each other. Joy happens when we do life together without malice – spiteful, bitter – in easy company.
When the shepherds saw the star – effulgent – they stopped and were filled with joy (Mt2.10). As soon as Elizabeth’s baby heard the sound Mary’s voice, this young woman carrying the savior of the world inside her own womb, when Elizabeth’s baby heard that voice, he leapt for joy inside Elizabeth.
The delight and wonder in a child who just got what she always wanted – effulgent! Joy.
But when we try to manage each other, when I attempt to squash that divine spark (the soul that is made in God’s very image) of someone else, I do great harm.
When you see me for who I am and affirm that, encourage it, everything is right and good – what joy!
How much more so when we are oriented in this way with our children – all of our children: the ones born to us and the ones incorporated into us by way of baptism and membership vows.
Will you walk with me through this week of Advent with a disposition of awe and wonder, an expectation of opening a new day as a child who exclaims, “just what I always wanted!” because we have each other, members of covenant? It is such a good feeling to know we’re alive! Together, members of joy! 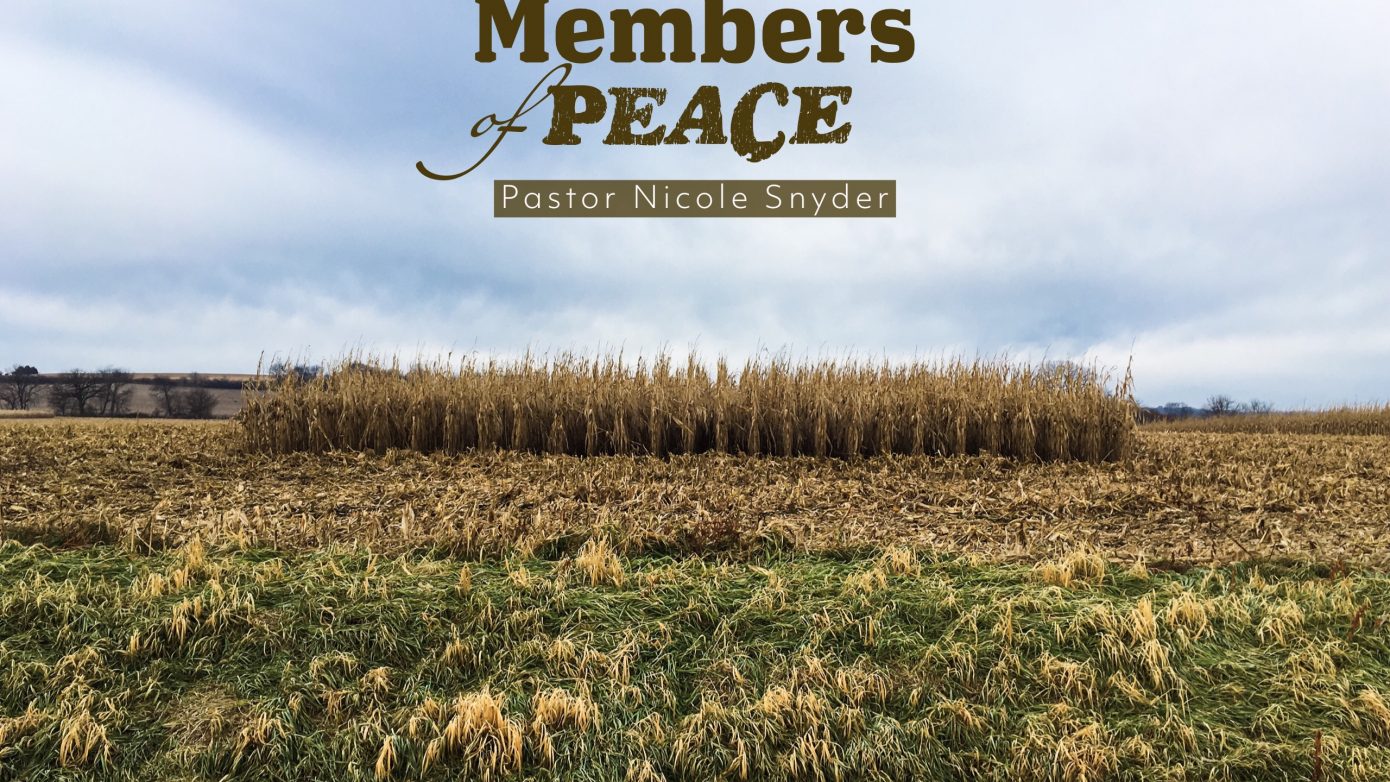 The fullness of God the Creator – of everything! was pleased to have all of God’s own being (fullness) dwell in this itty bitty of a baby whose birth we claim to Celebrate on December 25th.
Still, “without justice and love, peace is an illusion.” #DomHelderCamara
The project of God’s justice – making all things right, reconciling us to God and each other, AND all creation (whether things on earth or things in heaven) – this project of God’s justice is fueled, empowered, made personal, purely by Love: by making peace through Christ’s blood, shed on the cross.
Then, God’s presence will be known, the people will consult God – and pay attention, and an industry of war will no longer be necessary: indiscriminately, across the board, the only commerce will be the facilitation of peace.
Put on the armor of light – walk in the light of Jesus. Live with honor. What does that look like to live honorably? For one, it means living honestly – let your actions live out what you believe. What is it that you believe? We believe in Jesus Christ – the messiah, anointed Present. So if you say that you believe in Jesus Christ, to live honorably is to act on that, to live it.
Awake! remember your baptism and, together, let us center on Jesus who dwells in me and in you – take time allowing the spirit of Jesus (in whom God is pleased to dwell) to speak; confess our frenzy and anxiety at the onset of Advent. Awaken, and remember. Together we are members of peace. Know peace; be an instrument of peace. 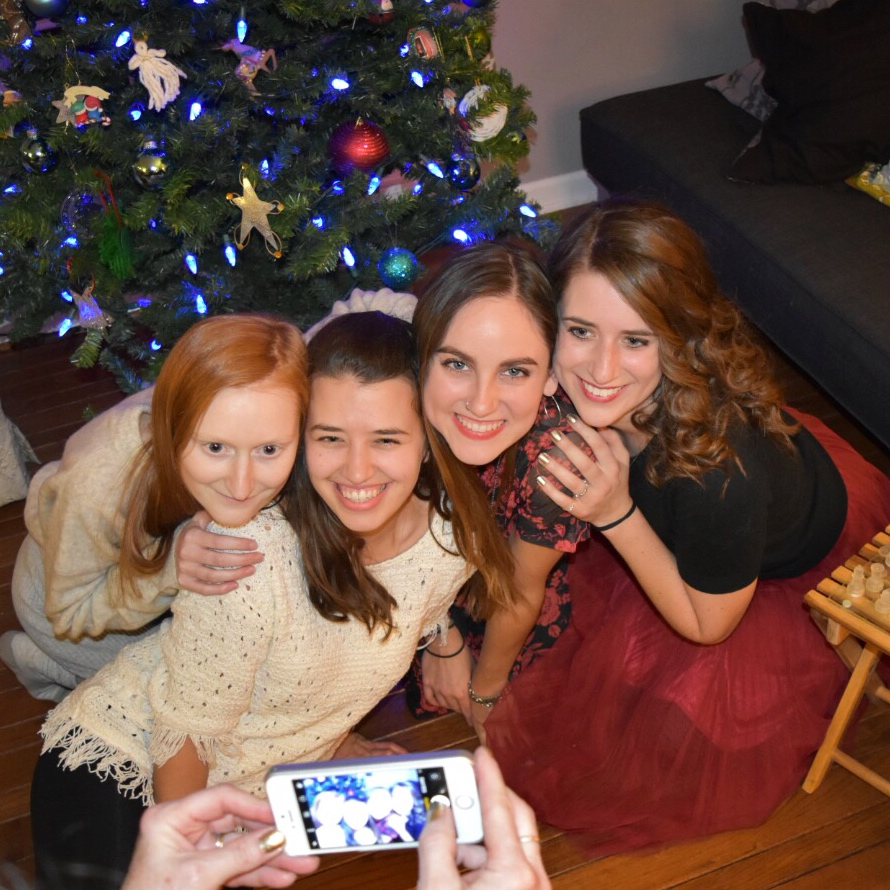 https://eirenicole.com/wp-content/uploads/ep207-consent-to-love.m4a Consent to Love Mary replied to the angel, “Here am I, your servant. Let it be according to your word.” God has brought down the powerful and lifted the lowly; filled the hungry with all their needs and sent the wealthy away empty handed. My favorite Christmas cantata since I was young is Ralph… 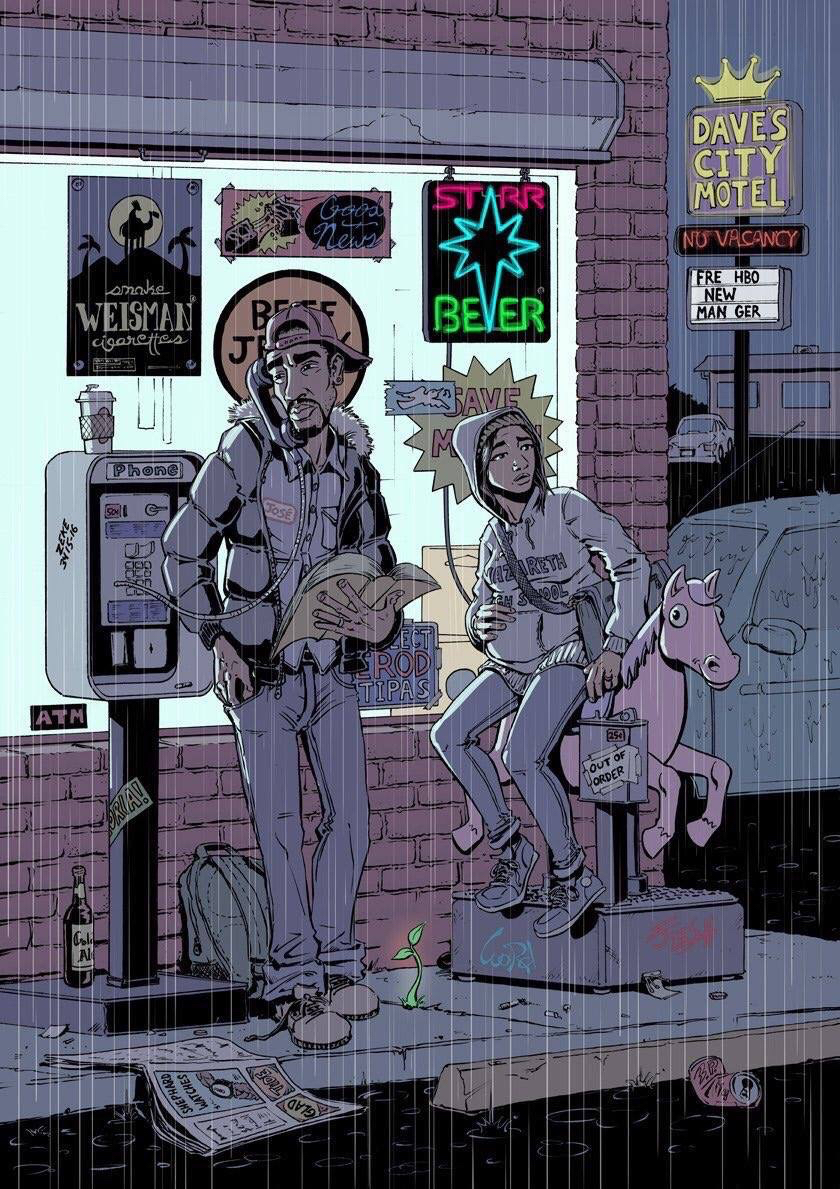 A Collision of Peace

https://eirenicole.com/wp-content/uploads/ep206-collision-of-peace.m4a A Collision of Peace As long as some are not at peace, I cannot really know true peace. What brings you peace? Recently, in the field of physics someone developed a simplified (for physicists, anyway) model, or sketch, to describe what happens after particles collide. Nima Arkani-Hamed, a Princeton physicist, discovered a shape that… 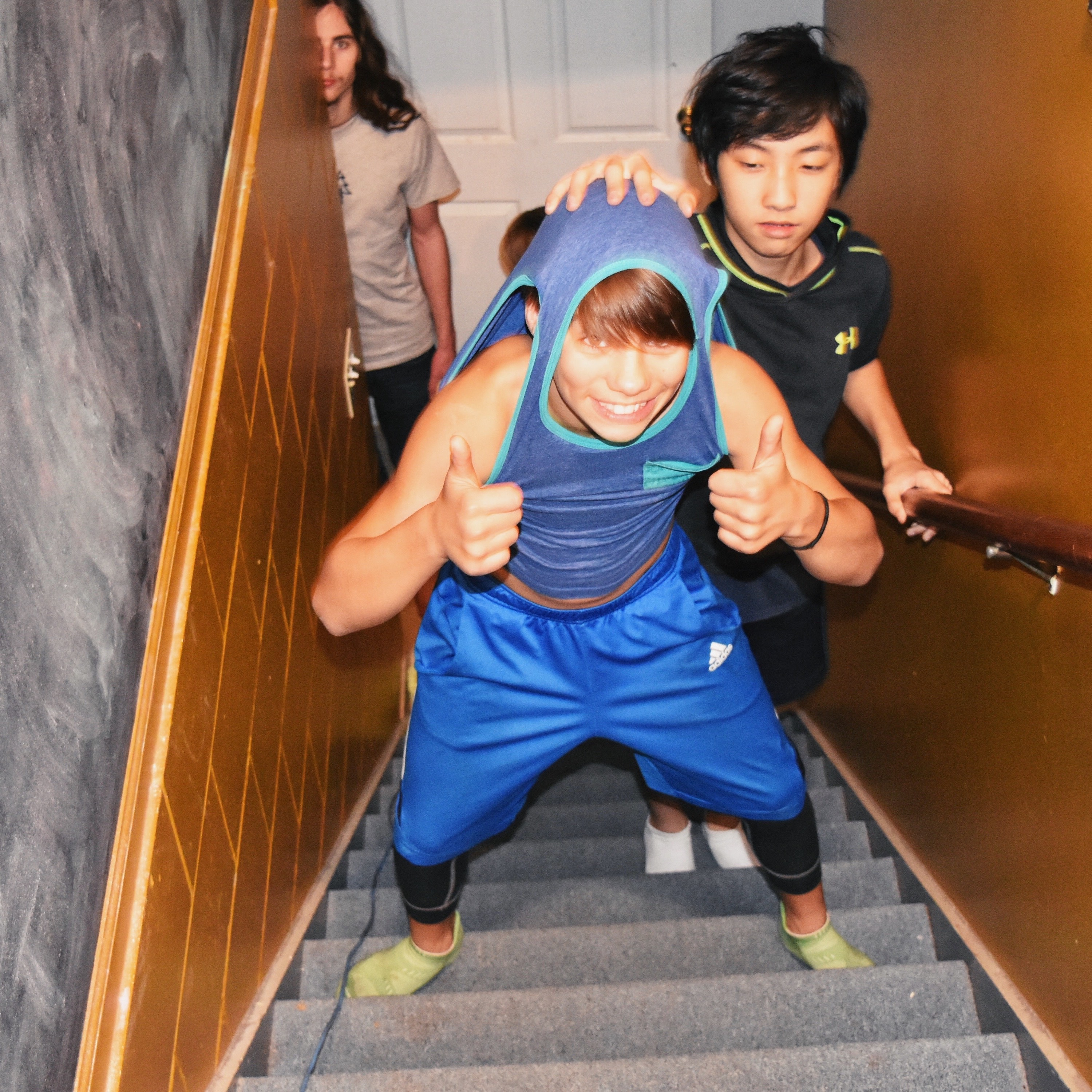 https://eirenicole.com/wp-content/uploads/ep205-cultivating-delight-during-advent.m4a Joy: Cultivating Delight During Advent This week, in practicing hope, the longing or desire for something –accompanied by the belief in the possibility that it will actually occur, I noticed something happening: during moments of frustration and discouragement, a sense of hope arose unbidden. Reflecting on this, something else surfaced: joy. Joy is… 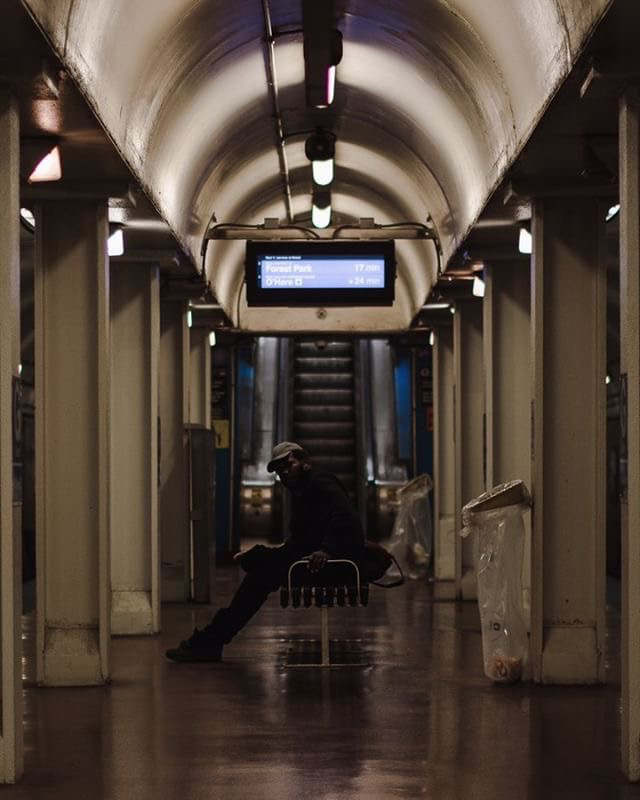 Hope in the Midst of Advent

https://eirenicole.com/wp-content/uploads/ep204-Hope-in-the-Midst-of-Advent.m4a   Advent is an arrival or coming, particularly one that is anticipated, long awaited. The advent season is certainly one of anticipation and the very clear knowledge that something is coming . . . and soon. But doesn’t it tend to be more that of Christmas concerts, office parties, and end-of-semester papers and finals;… 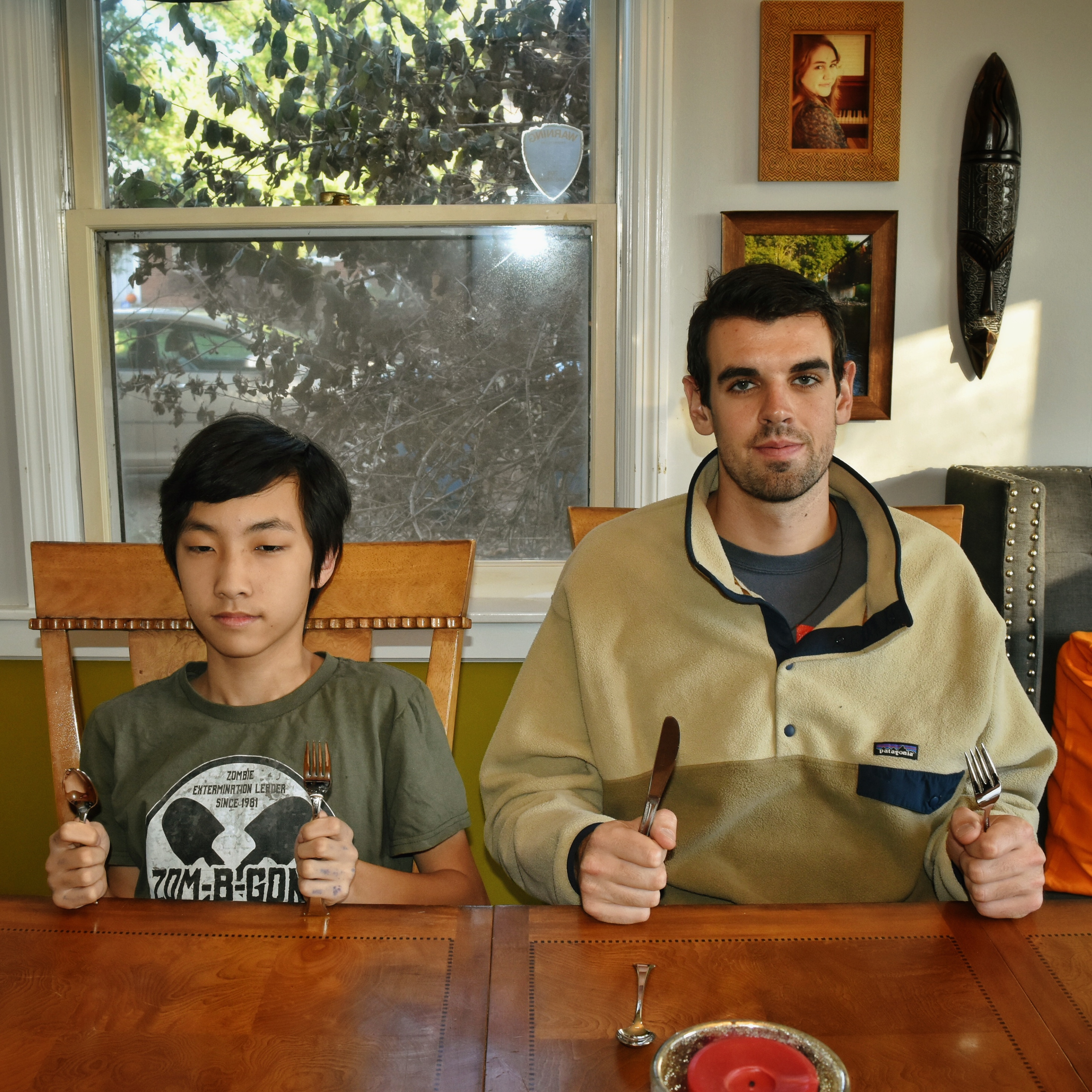 Make Advent meaningful. Anticipate the celebration of Emmanuel’s birth with another. Designed to guide you into personal, centering prayer during the Advent season, and intentional prayer for a young person (or anyone, really!) Download the pdf document to share and write in, or link to the eBook version. Start today! It is 4 weeks until…

We believe each other into being. ~Jennifer Michael Hecht Last night we lit the Menorah candles for the last night of Chanukah. We are not ethnically Jewish nor do we claim Judaism as our faith heritage. We do, however, deeply appreciate the rich traditions that do stem from our Christian faith tradition. My second oldest,…

Look to God and be radiant. The Dark Night of the Soul, the love poem of St. John of the Cross, beautifully describes an encounter with Jesus at a most dark moment in his life. It was only in the darkest place that the light of God’s love became visible, with more radiance than he…