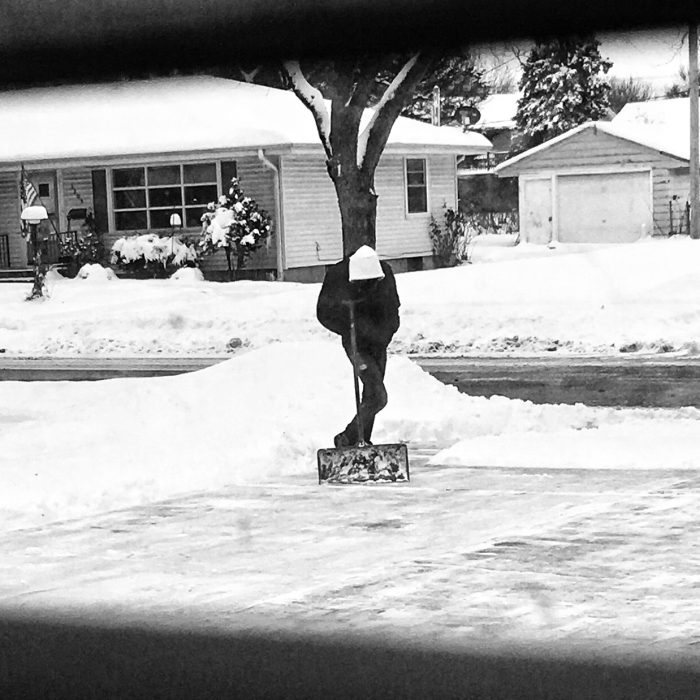 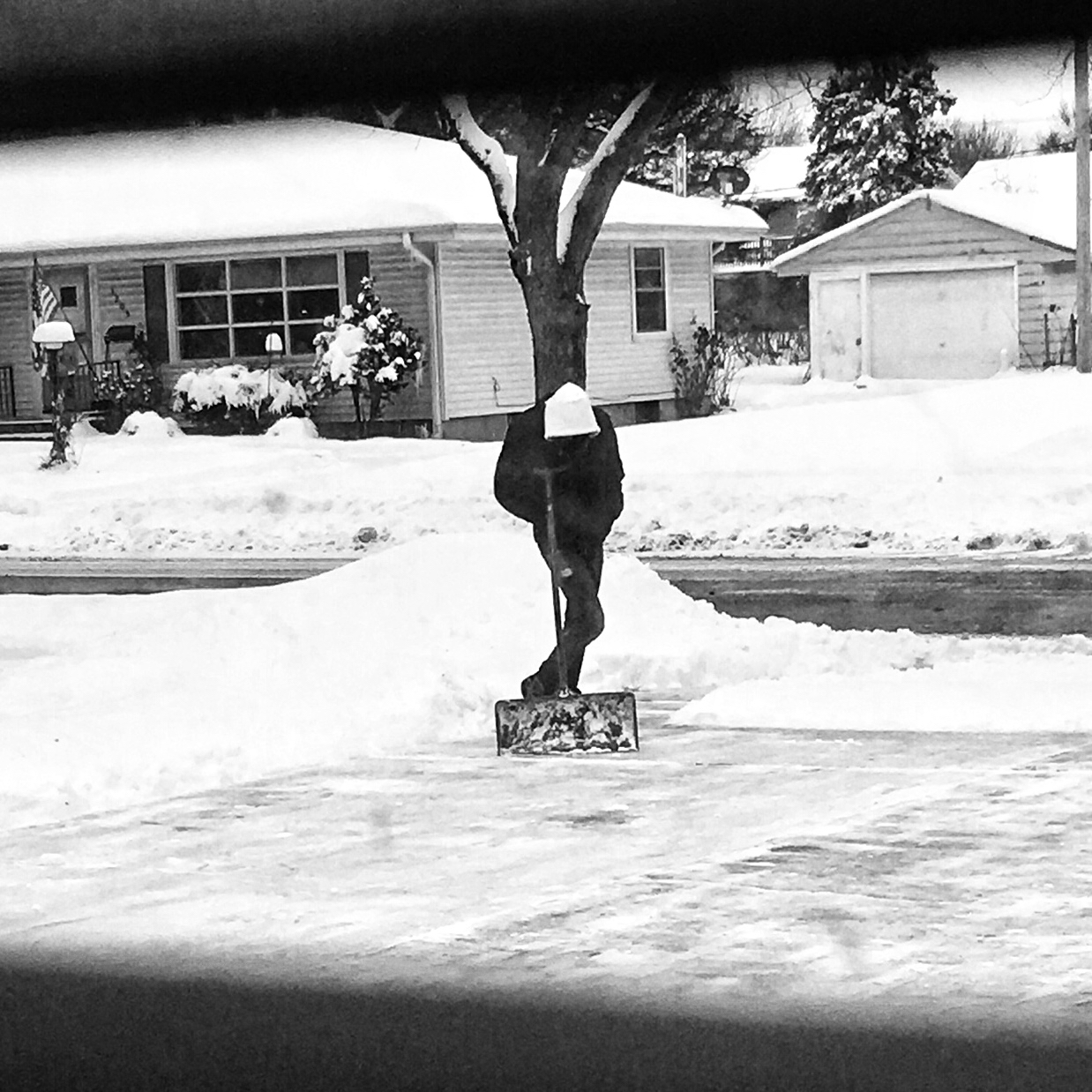 “True power exists when you can’t tell where it comes from,” Chadwick Boseman, actor, the Black Panther. In sociological terms, this kind of power is referred to as “soft” power. It does not seek to dominate or crush; nor does it require obeisance or affirmations of its power. It is messy and seemingly out-of-control at times. But it more real, more true, a tangible influence on the community it leads.

This so-called soft power is so effective because it assumes the majority of the community has a stake in the growth of the community, that this majority has equal potential to lead it, and they, in turn, have buy-in over the decisions of the leadership.

Tyrants and dictators harm and kill and crush, and may control the people (sort of), but they do not have true power. Not really. Brute strength does not equal power.

The word “soft” is associated with femininity. It is often associated with weakness. And it is almost exclusively attributed to women rather than men. But one of the most compelling features of the Black Panther movie is the Dora Milaje, T’Challa’s all-female royal guard. There is no hint that this is remarkable. It is just as it is: T’Challa’s fierce, capable, amazingly well-trained and disciplined royal guard are all female.

Still more compelling is the scene that follows W’Kabi’s misplaced commitment to the brute-force power of Killmonger. When W’Kabi is faced with battling his lover, the Dora Milaje’s General Okoye (played by Danai Gurira), Gurira brilliantly takes a nano-second’s hesitation and then, in full strength, applies her skill against W’Kabi. There is no hint of angst or sense that she might be giving up some opportunity or burning some romantic bridge. She is altogether sure of her position and personhood and commitment to the protection of community, for the good of the community. Slay. Beautiful. Powerful.

And I could drone on about the young woman who is the chief technology engineer, T’Challa’s sister, Shuri. But that would be for another time.

Another compelling feature (ok, so really, the entire film is compelling) is this ritual whereby the heir to the throne offers to give space to a challenger. In order to make it a fair fight, the candidate gives up this internal superpower – a birthright, if you will. Any advantage the candidate to the throne has is set aside – willingly removed – to provide the possibility for a more qualified individual to demonstrate this merit. When, in the entire history of homo sapien sapien’s, has this been seen? Ever? Aside from, you know, the God-with-us-Jesus-thing. And this is only one symbolic act that reflects the entire Wakanda people.

Though the dominant dilemma the people face is whether to use their overwhelming power and Vibranium resource to enforce power over the oppressors, they have, in all this time, chosen to protect it and use the resources for productive technological advances—as a resource in the true sense of the word: a valuable asset or supply that can be used to augment and enrich the lives of the community.

This is no utopia (though, on the surface, nearly seems as much). There remains one of the five original tribes that set themselves apart from the whole, refusing to acknowledge the leadership of T’Challa’s tribe. In the end, this rogue tribe makes the decision to support T’Challa to preserve the character of the Wakanda and the integrity of its purposeful existence. They maintain a counsel (versus a dictatorship or monarchy) in which all tribes are represented and decisions made together. Not always agreeing. Far from it. But all voices are heard and there is a real sense of trust that what is decided is well-informed and with a majority support.

So, I suppose the most remarkable thing about this film is that it is an absolutely amazing story, and expertly told. It is also carried nearly entirely by those of Black African origin, while addressing the difficult position and issue of identity for African American’s. Co-writer and director Ryan Coogler is himself superhuman. Respectful of weighty disparate issues and lived realities, he holds fast to the larger story and the integrity of the message – and its position in this era and society in general.

These are the kinds of heroes I want to identify with. I’ve already written about the powerful beauty of the Wonder Woman story. And she certainly developed a community and maintained the integrity of her heritage, as well. At the same time, Wonder Woman does not hold the richness of a culture and people who are deeply rooted in a history and place. I know, I know, Wakanda isn’t a real African country. But it does represent a very real sense of African spirit and strength and beauty and resources and culture – community.

I am grateful to all who were involved in telling the story of T’Challa and Wakanda. As was highlighted from many dimensions during the Oscar awards last Sunday evening, film is a powerful medium through which we tell our stories. For the ninety years the Oscar award has been given, the stories were predominantly chosen and told by a single subset of humankind. It seems, as Gina Davis noted and Francis McDormand championed, the tide is really changing. No, really.

I have stories to tell. I have much to say. I have also been crushed and dismissed, sexually harassed and disrespected, #metoo; and I can be a coward. But, I will continue to write and speak and preach and podcast and counsel and be with people – as. I. am. Still, I cannot be this – be me, fully – powerfully – without others, #strongertogether. I want to have the character strength of Okoye, and the giddy confidence and intellect of Shuri, and the leadership integrity of Nakia, and the wisdom of Ramonda. And I want the willingness of T’Challa to give up the privilege I have by dint of where or to whom I was born – so that someone else who happened to be born without such advantage can be strengthened to fully be herself in this world, make it better – more – because she is in it.

Each of us bears God’s image. Each of us is unique. How can the Divine freely operate, fully Love in this world if some are trampled and discarded while others control and exploit? I am tired. I need support. What about you? Can we support each other?

My cousin, Matinga Ragatz, offered me a position, of sorts, a mechanism with which I might channel my expertise to help educators develop this other kind of power – “soft” power. Monday was my 3rd workshop, and I feel like I’m failing, that either I’m just really bad at teaching this or people are having a really hard time getting it – or both.

And I can’t seem to find a good platform, or the “right” people to promote my writing. Or maybe my writing is frivolous or just not very good. I often feel utterly useless.

Does anyone else feel this way?

Sure, a greater variety of voices are being heard. But only a few achieve notoriety. How, then, do we achieve anything, gain a sense of utility – life-giving value – a sense of being a part of this true power? Of course, the Source is the More Than, but the conduit is you and me, and only possible together.

May I tell your story? Will you tell mine? Can we be something like the Dora Milaje? Then, without anyone knowing precisely where it comes from, perhaps we can make a tangible impact on the community, together.

Please, tell me your thoughts, your ideas, your stories – on this page or via any of the other sharing tools listed here. The community needs you – I need you – so we can be conduits of peace, sharers in dispersing God’s Love – in all its power.