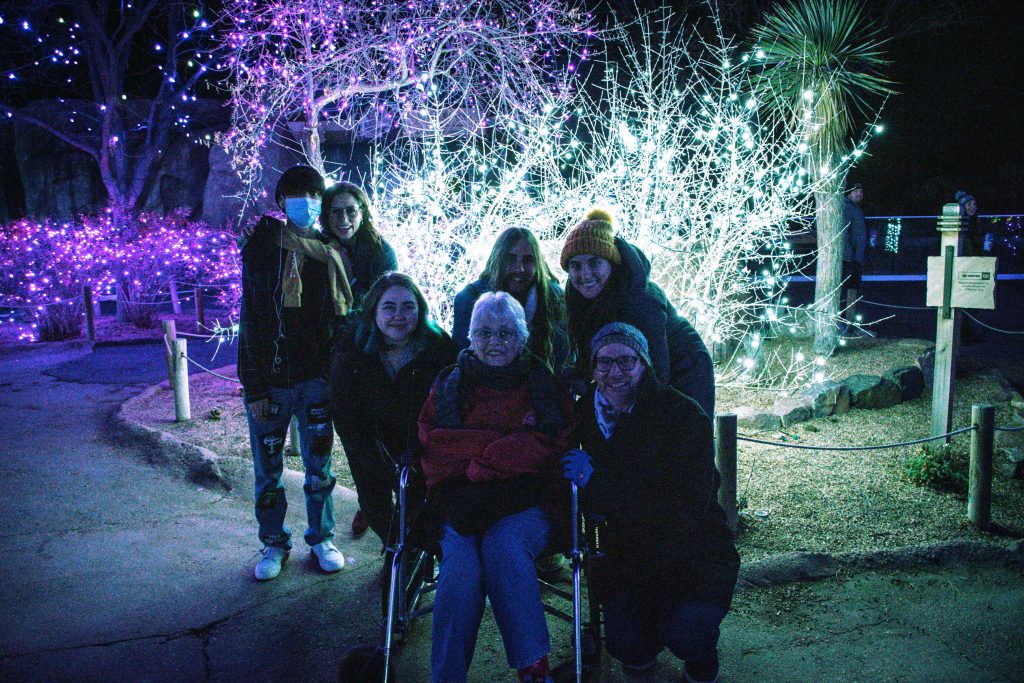 The Prince of Peace and Our So-called Rights

We just happen to be taking three days’ vacation in Glenwood Springs right now, but our two adult kids are home. The parking lot behind Lakewood’s Hyatt House is the Target pick-up location wherein we can be found far more frequently than I care to admit. It is a weighty thought experiment: that instead of delaying our Target pickup order until today, my daughter went Monday afternoon as she intended, and the shooter decided to turn his gun southward rather than northwesterly. Of course, this did not happen. I thank God that it didn’t. Yet, this kind of musing always forces me to meditate on what it is, exactly, that I believe about God’s direct providence. God wasn’t any less present at the Sol Tribe or Lucky 13 Tattoo Parlors than any other location along the shooter’s route, including the Target pickup lot. And that is precisely it, isn’t it—that God is present whenever and wherever we gather breath. And it is here that by pondering the what-ifs we gather also a sense of being present in the drama, present to the reality, entering the reality of the dead and their loved-ones. And participation in that space-time, in the spirit-to-Spirit-to-spirit communion of prayer then becomes actionable: Intercession. Powerful. Provident. Perennial.

It is also in this eternal space that all that divides us, the politicized or guilt-producing or straight up selfish, hateful attitudes have the potential to be suspended. The way of John of the Cross’ sense-less-ness, the secret passage (my house being now at rest). Though the gentle hand is as a wound, it releases us from anything other than the Lover and the Beloved, transformed. Transforming. Even a moment in this embrace of pure love is potent enough to alter our view—and (re)arrange our intercessions. It must. If we believe what we say we believe about God’s great love for us and a reality in which Emmanuel is, well, a reality.

And then, everything else about this God-With-Us reality must also follow: the lowly raised, the haughty lain low; instruments of oppression disabled; workers will receive just compensation; the hungry will be sated, the thirsty, quenched; weapons turned into garden tools….

Because, Jesus, the kin-dom of God is within, it is among us, it is now (and not-yet). The darkness cannot overcome Jesus’ light—a light that does not rely on our senses. This Light is not tossed to and fro. This Light is unchangeable—not coerced by bribes, political pledges or intimidation, guilt trips or nepotism.

A defining characteristic of this Jesus is given in a name: Prince of Peace. Indeed, God made a covenant of peace with the people of Israel, and is named the God of Peace in Paul’s letters, and promises peace beyond comprehension to those who pray (Phil4.7), and to set one’s mind on the Spirit is life and peace (Rom8.6).

What is up with a society in which so many are adamant that staff-led prayer remain, and the so-call Christian God be freely named, in our public schools, while fiercely defending their right to freely procure whichever and however many guns they desire?

While I disagree with both because I agree with the founders of our constitution that the government and our religious beliefs ought not influence the other (of the former) and the right to bear arms was in place for those whose property might be threatened by a chaotic first beginning of a nation (the latter), I do not say these things to make a purely pollical statement.

I do not know of a singular remedy for what ails our country. As with all individuals and the countless groupings we devise, it is complex and organic—working solutions continuously shifting as we grow and evolve and become more of who we are meant to be: image-bearers of the Creator of everything.

While each is unique and uniquely bears that image in a way no one else quite does, we live out that image as communities, as well. And as humans, as a whole. And our ancestors, and children, and our children’s children. We become more.

Protest is useful, of course. Still, it is sensible only insofar as it calls out injustices—true injustices: systems that substantiate oppression, exploitation, diminishment, and/or harm of individuals and people groups, no matter the criteria. When it is something that seems unfair because it limits one’s avarice, but is in place to protect the vulnerable (or the society as a whole), this cannot be deemed injustice. It is an inconvenience, at best.

I only ever hear outrage against the things that would clearly make events like Monday afternoon in the Denver area more difficult to pull off, from those who evoke the name of God. The God of peace. The God who did everything to make peace between us and God, between us and each other, between us and creation. This same God who became like us, Emmanuel, aka, the Prince of Peace.

Where, then, is compassion… and generosity and hospitality and love… and the cry for peace in our intercessions?

I wonder. When will my right to ensure we do everything we can to protect my child from randomly (or purposefully) being in the sights of the deadliest tool available to us (and that the same expectation be made for Alfredo Cardenas’ child)? When will these rights trump that of the easy procurement of guns? When will our so-called Christian nation actually live up to that reputation?

Because I just walked through a month of proclaiming the unfathomable, unrelentless, uncontainable love of the God of Peace, and a reality in which there is a Prince of Peace that dwells among us and in us—and for us. And I am so tired of devoting my life to the project of being an agent of peace, or righteousness and justice, recreating the kin-dom—of peace… only to find the greatest resistance from those who claim to believe in this God.

Just three blocks from my house, in the very spot my daughter might have been, a man can freely wield an AK-47. And can enter the Sol Tribe establishment to kill a daughter, a mother. And kill 5 others. In 5 different locations across a major city this man could menace with his not-a-pocketbook-hand-gun.

Let us, please, covenant together to go into that secret space-time and allow the Prince of Peace to touch that spot that brings us to our senses—all suspended, save the incomprehensible union of profound love. Where prayer becomes actionable: Intercession. Powerful. Provident. Perennial.

Oh, night that guided me, Oh, night more lovely than the dawn, Oh, night that joined Beloved with lover, Lover transformed in the Beloved!  … With his gentle hand he wounded my neck And caused all my senses to be suspended.  I remained, … My face I reclined on the Beloved. All ceased and I abandoned myself, Leaving my cares forgotten among the lilies.

John of the Cross, Dark Night of the Soul: Stanzas of the Heart